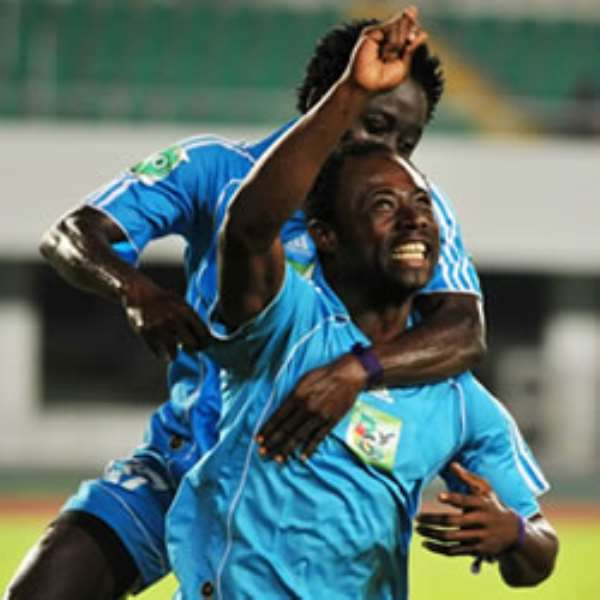 Ghanaian side Medeama made an impressive start to their continental campaign on Sunday as they picked up a 2-1 away victory against Panthers of Equatorial Guinea in the CAF Confederation Cup.

The FA Cup winners' first continental foray started on a good note with that win away from home with the second leg scheduled in Sekondi in two weeks' time.

For Medeama, the scoreline will give them much confidence ahead of the return clash.

The FA Cup champions, who are making their debut in continental club football scored through new signing Michael Helegbe and Samuel Nzeamaba in Malabo on Sunday.

The Mauves will host the return leg of the knockout competition at the Essipong Stadium in Sekondi on the weekend of February 14-16, 2014.