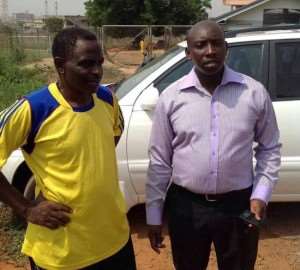 Polo was nearly attacked by exasperated by fans after the team's heavy 3-0 defeat to Wa All Stars at home on the resumption of the First Capital Plus Premier League on Wednesday.

Hearts lost by the same scoreline in the first round tie played at the Wa Park on 15 December.

“I am the MD of the club and a fan too and the situation Hearts find herself cannot continue,” Armstrong-Mortagbe told Asempa FM.