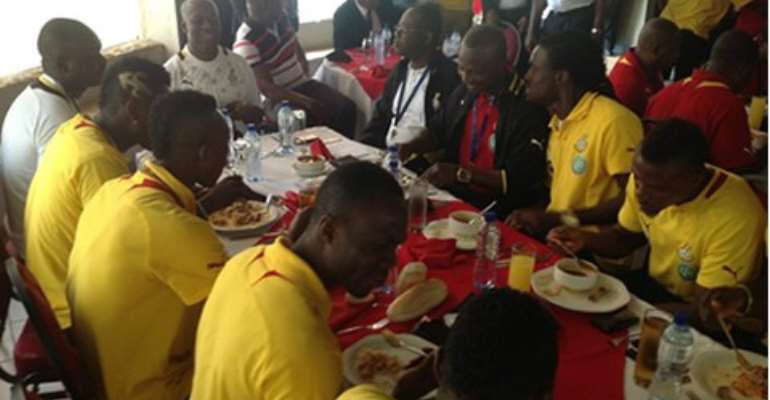 Ghana have lined up friendly matches against Costa Rica and Honduras and will camp first in Europe and then in the USA before the 2014 World Cup, GHANAsoccernet.com can confirm.

The Black Stars will begin camping for their third successive finals on May 25 in Rotterdam where the Black Stars are scheduled to play the Netherlands on May 31.

The team will then move camp to Los Angeles, USA where the team is billed to play two more friendly matches against Costa Rica and Honduras.

“We will continue with our preparations in the USA.

“We will be staying in Los Angeles and play two friendly matches against Costa Rica and Honduras.

“We hope that with this preparation, the Black Stars will be in tip top form to face the challenges at the World Cup.”

Ghana will play Montenegro on March 5 before coach Akwasi Appiah names an expected provisional squad for the World Cup in Brazil.

The team will then commence intense preparations for the tournament on May 25 in Europe.

Ghana have made steady progress since qualifying to play in its first World Cup finals in 2006.

The Black Stars equalled Africa's record of a quarter final at the last World Cup in South Africa having exited at the Round of 16 stage in their prior appearance in Germany.