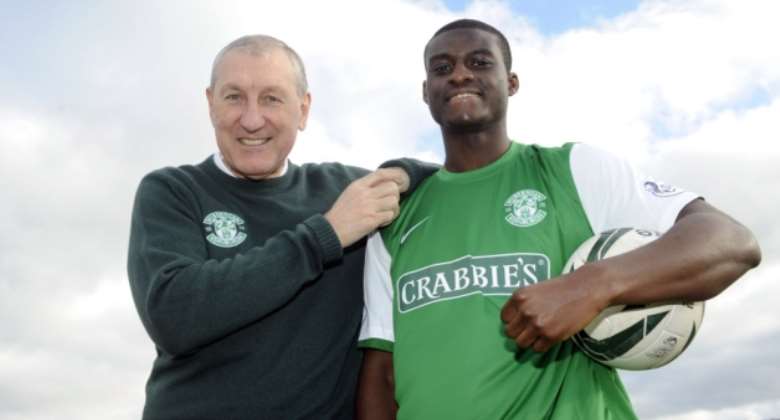 By Akyereko Frimpong-Manson
Ghanaian youth defender Daniel Boateng is confident of making a huge impact at Scottish side Hibernian after arriving on loan from Arsenal.

The 21-year-old will spend the rest of the season at the Easter Road Stadium after leaving the Emirates on transfer deadline day.

Boateng was promoted to the Arsenal first team squad three seasons ago and trained along Thomas Vermaelen, Yossi Benayoun, Andrei Arshavin, Alex Oxlade-Chamberlain and Per Mertesacker but failed to hold down a regular first team spot.

However after a couple of loan spells in the English lower-tiers, the Ghanaian-born who holds an English passport is eager to prove his worth at the club.

“The Hibs squad is very good. However, the game is so physical in Scotland. I have taken part in one training session and I did not expect it to be that physical. It is nothing that I can't handle but I will get used to it. I will learn to handle the physical approach and make it suit my game as I am up for the challenge,” he told the Scotsman.

“I see playing for Hibs as a stepping stone to moving on to something else. It is best for me and my career if I play games now and that is what I want to do. I believe I can do well in Scotland.”

Boateng was named in the Arsenal Uefa Champions League squad for the group stage but his name has been dropped after leaving on loan.