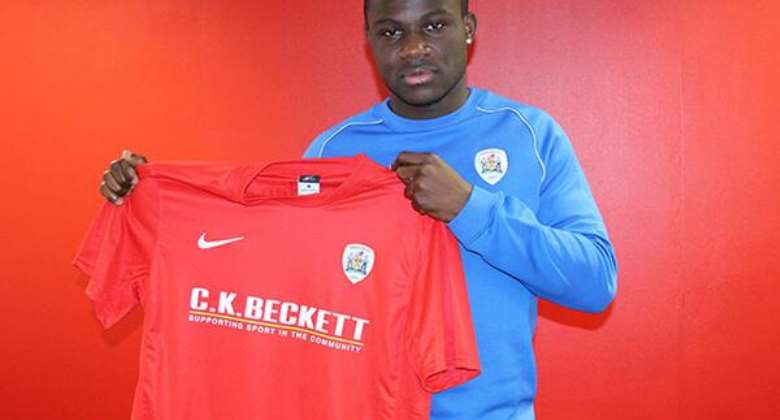 By Ameenu Shardow, follow on Twitter @alooameenu
Ghana midfielder Emmanuel Frimpong was sent off in his first game for Barnsley who lost 1-0 at Sheffield Wednesday on Saturday.

The 22-year-old lasted just 30 minutes on his full debut for the Reds after attracting two yellow cards to take an early shower.

Frimpong who had completed a permanent move from Arsenal on Friday was too eager to endear himself to the fans as he flew in with tackles.

His over enthusiasm earned him a 24 th minute booking but that did little to put him off.

He then saw red six minutes later after getting into the referee's book for another rash challenge.

Barnsley played most of the game a man down until an 80 th minute sending off of Sheffield Wednesday's Jermaine Johnson.

Danny Wilson's side then went two men down in injury time after Jacob Mellis was also sent off for a bad tackle.

The defeat further hurts Barnsley's chances of escaping the drop as they remain 23 rd in the 24-team English second tier Championship.

The Ghana international will now have to serve a mandatory one-match ban for attracting two yellow cards leading to his sending off on Saturday.