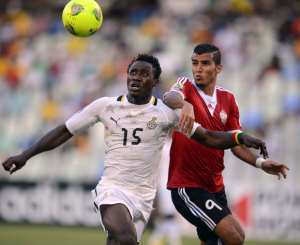 Ghana and Libya leave the comfort zone of Mangaung to settle scores in Cape Town in the 2014 CHAN final on Saturday.

After two meetings in as many CHAN tournaments since 2009, Ghana and Libya remain even heading into Saturday's final at Cape Town Stadium in what will be their third overall meeting in the competition.

At the 2009 edition in Cote d'Ivoire, the two sides drew 1-1 in a preliminary round Group B game in Bouake in a match Ghana came from behind to snatch a point.

It was the same this year in Group C when they finished 1-1 in their penultimate pool match on January 17 at Free State Stadium in Mangaung, although this time it was Libya who rallied to snatch a point.

Both teams, who coincidentally qualified for CHAN without kicking the ball after walkover results in the qualifiers, are still unbeaten heading to the Mother City after enjoying favour at Free State Stadium.

“The people in Mangaung have been behind us and we will miss them in the final but we still intend to do well against Libya, a good side which we know something about,” Ghana coach Maxwell Konadu said.

However, Konadu will be without defender Kwabena Adusei following his second half red card after the hour mark while striker Yahaya Mohammed is a doubt after he was stretchered off with a knee injury during that same period.

But Konadu is hoping goalkeeper Stephen Adams' groin problem that flared up in extra-time against Nigeria is not as serious as it initially seemed.

Meanwhile, Libya has no injury or suspension concerns as the Mediterranean Knights chase their first-ever continental cup honour.

And Libya are also seeking to settle a 32-year-old score against Ghana after the Black Stars humiliated them 7-6 on post-match penalties in the 1982 Africa Cup final in Tripoli after  finishing 1-1 after extra time.

That win was the last time Ghana picked up a continental honour at senior level.

Bagbin fly to Dubai for medical review after budget rejectio...
7 minutes ago