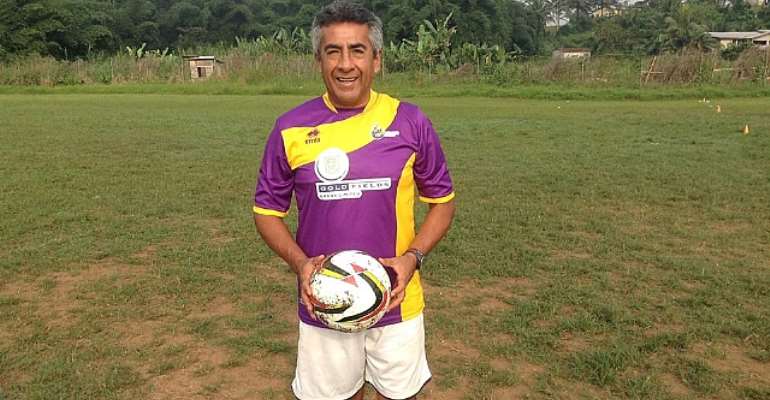 Medeama coach Carlos Roberto Paullete says his team is still work in progress ahead of this weekend's MTN FA Cup as well the CAF Confederation Cup match against FC Panthers.

The Peruvian has been trimming the rough edges of his team ahead of Sunday's assignment against the Ghanaian second-tier side at the Tarkwa and Aboso Park.

They have been playing series of low-profile friendly matches to put themselves in top shape as they attempt to make a huge impression on the continent in their debut campaign.

Medeama will travel to Equatorial Guinea to face FC Panthers early next month and trainer Roberto Paullete says the team is progressing steadily.

“This is a team in progress and I'm happy with the way things are going at the moment,” Paullete told medeamasc.com

“Training has been good as we try to put the paces together. We have played series of friendly matches and I believe it has been fruitful.

“We just have to keep working hard to ensure we are the top level ahead of the FA Cup and the Confederation Cup tie against Panthers.

“It's our first time and so we must be ready for anything.”