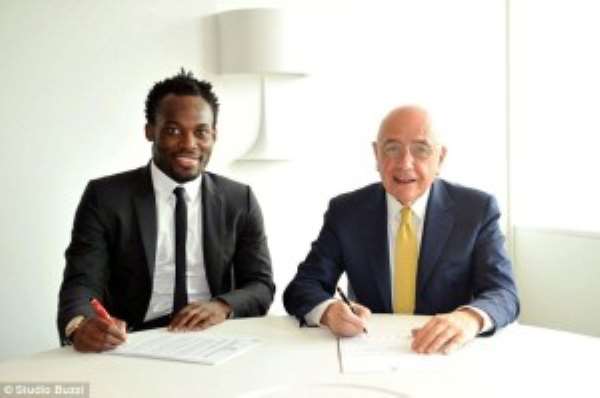 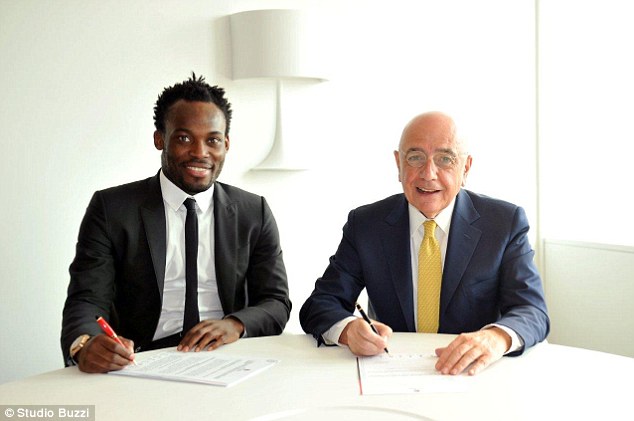 Michael Essien was officially introduced on Tuesday at AC Milan with whom he was engaged until 2015. The Ghanaian midfielder expressed his happiness to join the Lombard club. “I am very happy to be part of the family of Milan , said the Ghanaian. I have my best friend, ( Sulley ) Muntari here, and I know also Kaka.' The midfielder of 31 years evolving in the national selection of Ghana has formerly wore the Real Madrid jersey during the 2012 -2013 season.

“It was easy to make up my mind after talking with Clarence (Seedorf) , added the former Lyon. I am ready to give all in any position on the field; it will be up Mister to decide. I ask nothing when I 'm not in the group. I do not want explanations. If it's good for the team, it will be good for me, he added. And so I could hope to go to the World Cup with Ghana.”

Ghana Black Stars will play in Group G along with Germany, Portugal and the United States. http://en.africatopsports.com/2013/12/08/world-cup-draw-ghana-captain-believes-they-will-defy-portugal-germany-and-usa-in-group/