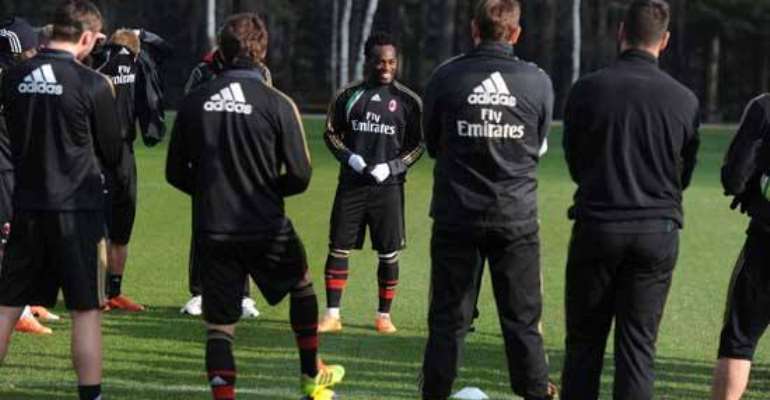 Essien with his new team-mates at Milan training

By Akyereko Frimpong Manson
Follow Akyereko on Twitter: @ Akyereko
Ghana star Michael Essien has assured AC Milan fans he and his new team-mates will work to turn around the club's fortunes after completing his first training session on Tuesday.

Essien, 31, was unveiled by the Serie A giants on Tuesday afternoon in Milan and later took part of the Rossoneris training session for the first time since becoming a Milan player.

Milan have uncharacteristically enjoyed a topsy-turvy season in the Serie A after suffering seven defeats and dropping to as low as 9th place on the session.

And, Essien believes his new team would work themselves to turn things round for the club.

“This season we'll keep trying our best in order to win every game,” he said after completing his first training session.

Essien is expected to be included in the Milan squad when they host Torino at the San Siro on Saturday.