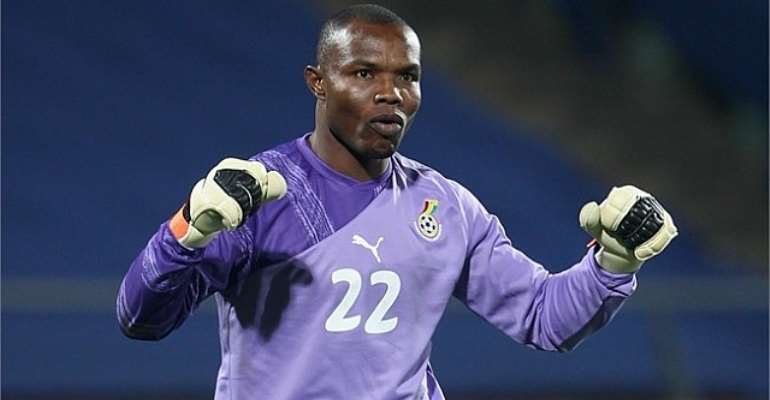 The veteran goalie, who moved from his Cypriot club Doxa Katokopias to the Turkish Second Division club at the beginning of this month http://allsports.com.gh/2014/01/09/richard-kingson-joins-balikesirspor/ , was in between the sticks for the entire duration of the game, conceding a goal as his club succumbed to a narrow 1-0 loss to Denizlispor.

The 35-year-old will be hoping to play more games in the coming months in a bid to impress Ghana coach Kwesi Appiah as the competition in the Ghana goalkeeping department hots up ahead of the World Cup in Brazil.

Many have criticized his choice of moving from a top flight league to a second tier league, but Kingson's love for Turkey where he played for almost a decade after leaving Ghana's Great Olympics in 1996 is believed to have played a role in the move.

He played 10 times for Doxa in the first half of the Cypriot league before leaving, a run that earned him a controversial recall into the Ghana team ahead of the World Cup qualifying play-off first leg against Egypt.

Karikari has been the club's top performer this season, scoring 10 goals in 20 games; that tally making him the third highest scorer in the ongoing league. The striker – who has 54 league appearances in three seasons under his belt at AIK, scoring eight goals – has scored six times in his last 10 Balikesirspor games.

Coach Ismail Eterkin's side are third on the TFF First League table after 21 matches, and are eyeing qualification into the Turkish top flight as there are 15 more matches to go.