Liberty to return to Dansoman for second round of Ghana League 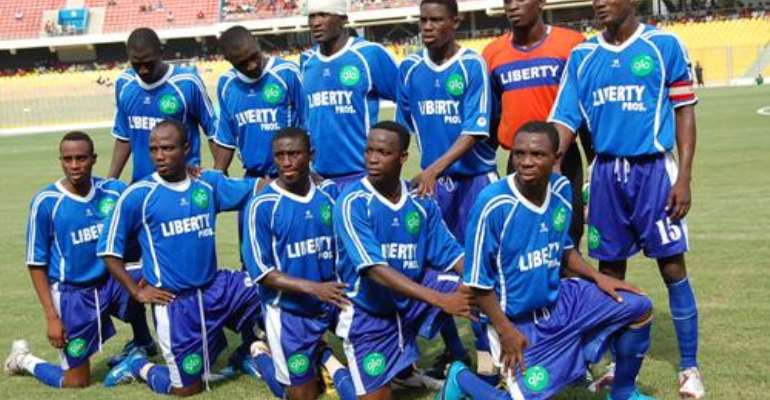 Liberty Professionals have confirmed they will return to their favourite Dansoman home grounds in the second half of the campaign.

The scientific soccer lads adopted the Accra sports stadium as their home venue after the Dansoman Park was passed unfit to host Premier League matches.

But officials have undertaken maintenance works on the pitch and are now hopefully it will meet the requirement to host the rest of their home matches when the second round of the season resumes on February 9.

“Hopefu7lly before the second round starts we will return to our favourite venue.

“The Accra Sports Stadium is anybody's venue and that is why away teams feel comfortable playing against us here.

“The assurance has been given that by the end of January the place will be ready for us to return so all that we waiting for is the second round to begin.

“I think that it has been difficult for them to travel to the Accra Stadium to watch our matches but I am giving them the assurance that they will be watching us again in Dansoman come the second round.

Police requests CCTV footage of murder of wife of GNPC boss'...
8 minutes ago