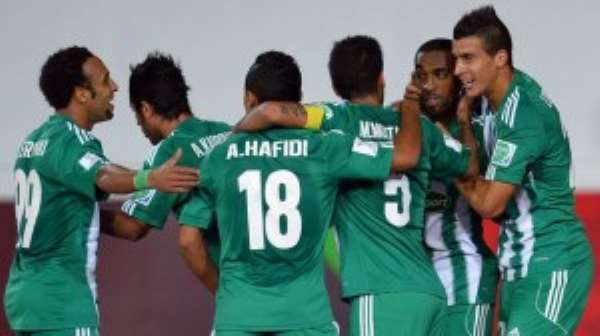 http://en.africatopsports.com/wp-content/uploads/2013/12/71722467_raja.jpg Huge feat Wednesday of the Moroccans in the 2013 FIFA Club World Cup in Marrakech.

Raja Casablanca invited as a champion of the host country of the competition qualified for the final by beating Atletico Mineiro 3-1.

The Moroccan club became the second African team to reach the final of this competition after all TP Mazembe in 2010.

Everyone sings and celebrates their heroes. King Mohammed VI was the first to congratulate the team.

“I'm very honored by the call of His Majesty the King. This is the greatest honor of my entire sporting career. I am very grateful to His Majesty,' said Coach Faouzi Benzarti .