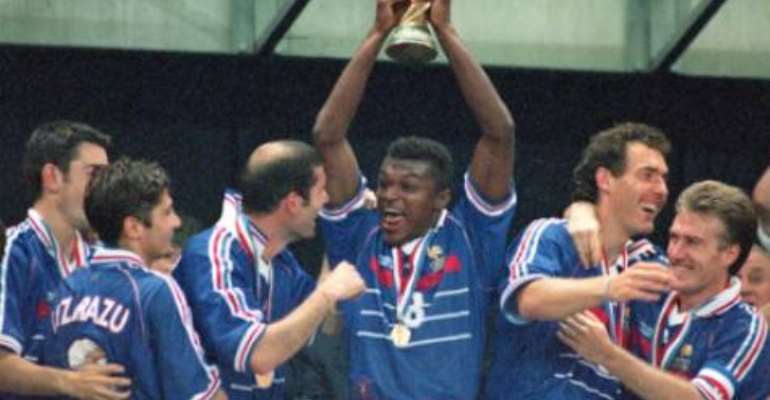 Marcel Desailly is well placed to understand the ramifications for the players of a Fifa 2022 World Cup in the Qatari summer.

The former France defender played his last professional club game in the Qatar Stars League (formerly the Q-League), finishing as runner-up with Qatar Sporting Club in 2005, having lifted the domestic league title with Al Gharafa a year earlier.

World football's governing body, having controversially awarded the 2022 showpiece to the Arabian Gulf state, recently made the stunning — if somewhat obvious — announcement that they may have got the decision wrong. The impact the searing heat would have on players and fans during a summer World Cup in Qatar would have been obvious had President Sepp Blatter or his committee members taken the time to see when Qatar's own QSL season takes place — from mid-September to the following April.

Desailly, a 1998 World Cup winner, has added his voice to those calling for the switching of the 2022 event to winter, a decision that in all probability will be ratified by Fifa late next year or early 2015.

”Maybe Fifa will make the decision to change it to winter time. You have to change it to the winter time, because in summertime [the heat] is too much. We were scared about South Africa for the cold, but the heat is something a bit more. Anybody who has been in Doha in July knows how it is,” the 45-year-old said.

“Let's just do a normal World Cup, very good. You know the World Cup is a success no matter where, you know it's not the place. Yes it is the basic organisation but, yes, let's switch it to winter time.”

Fans travelling to the 2022 tournament will face up to the reality of the first World Cup to be held in an Islamic country. But, judging by the many expatriates who choose to live and work in Qatar, this should not be too much of an issue, according to Desailly, who has fond memories of his time in Doha and the people he met there. “It was great. It's a quiet city,” the ex-AC Milan and Chelsea star said.

“I really enjoyed the culture and the approach of the game. Unfortunately the interest of soccer is not very high with the local people, but I hope that it will come. They have naturalised a lot of players through their Aspire Academy and we hope it will bring good players. The good technicians are there and we just hope that they will build up a team that [one day] will be capable of winning the World Cup.”

Qatar beat off rival bids from South Korea, Japan, Australia and the United States to win the ballot of Fifa's 22 executive members in 2010 to host the 2022 tournament.

US Soccer President Sunil Gulati headed his country's bid and earlier this year he was elected to Fifa's executive committee. Despite the US bid falling short, he was philosophical on a voting process that led US President Barack Obama to say “Fifa got it wrong.”

Nine new stadiums costing up to $100 billion (Dh36.72 billion), coupled with the expansion of three currently in use, won't present a problem for a nation that has built up a gleaming city from scratch. Workplace issues and workers' rights abuses have been in the news, which have shocked all parties. But perhaps the World Cup will be the catalyst for change in that area.

David Barrett is on the Qatar 2022 Supreme Committee. When we met in Doha, he explained the manner in which the visiting Fifa dignitaries were hosted and showed me where they screened a spectacular 3D video.

In the film, Bayern Munich coach Pep Guardiola extols the virtues of the world's first compact World Cup, where fans will be able to see up to two matches in one day, he says. Airport, road, rail, hotel and security infrastructure projects are shown in the presentation, with Desailly's fellow France 98 World Cup winner Zinedine Zidane offering his endorsement.

Nodding towards a door behind where the Fifa officials would have watched, Barrett said: “That was from where Zidane made a personal appearance in front of the ExCo [executive committee] members.”

Massive change
Desailly acknowledges that Qatar has gone through many changes from the days he remembers. “In the past, one of the first targets was to bring attention to their country — that's why they were so keen to bring all the guys like me to come and play in their league, to bring experience. Now the infrastructure is there, it's normal and it's a proper city, it's a proper country. The city is the country. They have grown up.”

Nobody, however, can yet say with any degree of certainty when the Qatar 2022 World Cup growing pains will cease.