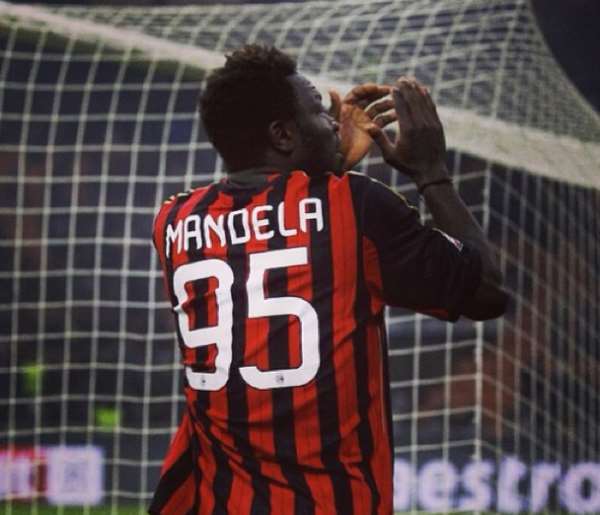 Ghanaian midfielder Sulley Muntari whose AC Milan club are the only Italian side left in the competition after Kwadwo Asamoah's Juventus got eliminated in Turkey has made known his preference of opposition in the draw.

AC Milan finished second in a group that was topped by Spanish La Liga Champions Barcelona. The Rossoneri could meet any of the other group leaders apart from Barcelona who were in their group.

Muntari told Milan news ahead of the draw:
“Atletico Madrid are the weakest team on paper looking at the history of all the first placed teams. But I would prefer to face Manchester United.”