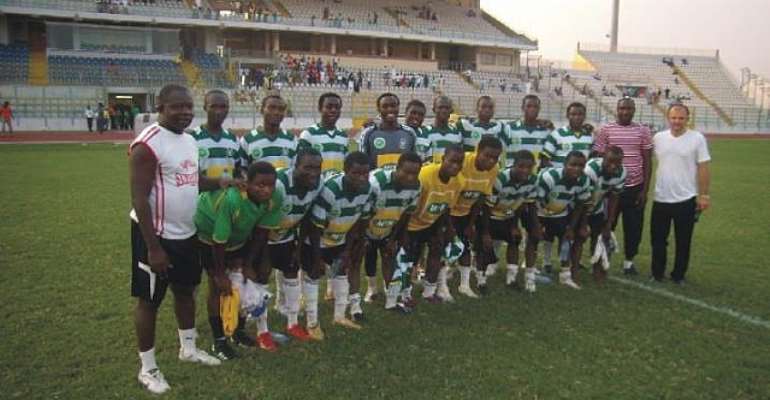 A goal in either halves from Wilson Andoh and Abdul Yassir Boss helped King Faisal to record a slender 2-1 victory over Bechem United at the Baba Yara Stadium in Kumasi on Sunday.

Andoh registered his second goal of the 2013/14 Ghana Premier League season when he volloyed home fine drive from a Sulley Mohammed assist in the 21st minute.

Faisal increased the tempo of the game after the break dully scored the second goal of the game through Abdul Yassir who showed great resilience to resist a challenge from the Bechem defence to win the game.

Augustine Okrah scored a consolation for Bechem but they could not level the scoring.