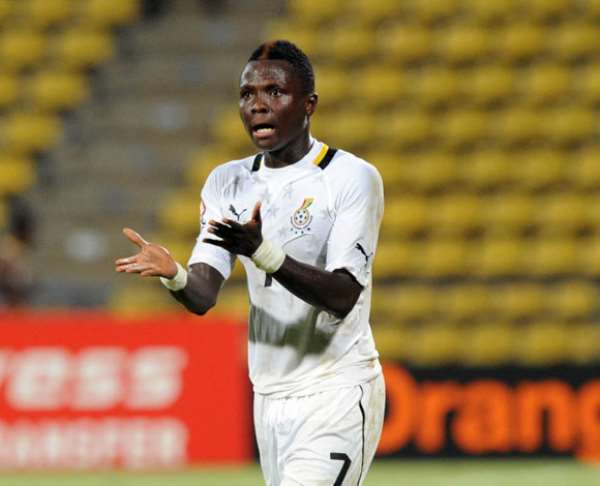 Samuel Inkoom is determined to find a new club in January so that he can safeguard his place in the Ghana squad ahead of next summer's World Cup finals.

Sky Sports understands  a number of Premier League clubs are weighing up moves for the versatile wing back.

Inkoom is keen to leave Ukraine outfit Dnipro in the New Year in search of regular first-team football after finding himself frozen out things at Dnipro.

Last season, he spent the second half of the season on loan at French Ligue 1 Bastia.

Dnipro are ready to sell the former FC Basel player so that they can get him off their wage bill.

“It is very important for me to be playing week in, week out with the World Cup coming up next summer,” the 24-year-old told Sky Sports.

“I have not been allowed to do that for Dnipro and I hope to find a new club in January.

“I have had the chance to move to the Premier League in the past and I will not miss the chance this time if the right offer comes along.”

Inkoom featured in Ghana's qualification to the 2014 World Cup finals.