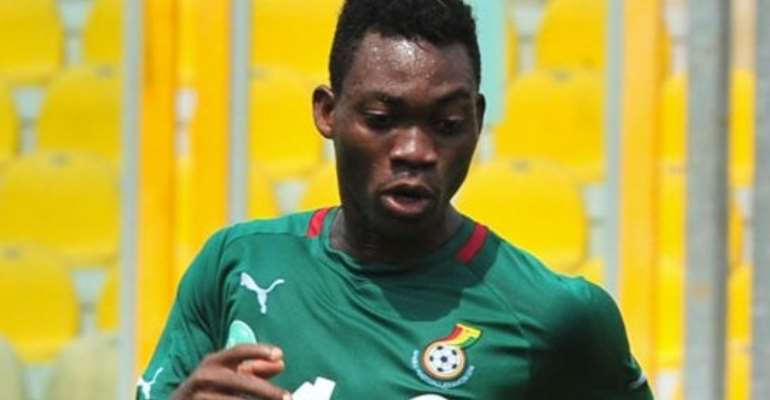 Football writer Eddy Love believes Christian Atsu and Richmond Boakye-Yiadom are among seven African youngsters who could thrive at next year's FIFA World Cup in Brazil.

These stars are all at different stages of their international careers and their broader development. Some are established internationals, figures who have won domestic titles or who perform in some of Europe's biggest leagues.

Others are merely on the fringes of the international set-up and are still learning their trade and beginning to adapt to the demands of elite football. None of these players, however, are over 22—they are the future of Africa, but can their impact begin in Brazil?

Comment below and let us know which of these youngsters you believe will impress at the World Cup, or if you feel there are other wonderkids worthy of a place on this list.

Ahmed Musa
Despite being only 21, Ahmed Musa is already a seasoned international with over 35 caps to his name. He was an impact player and a lively presence during the Cup of Nations earlier in the year and is also a domestic champion, having won the Russian title with CKSA Moscow in 2013.

He was a prolific force for his club side during their run to the championship but, in general, remains a raw talent. His exceptional pace and keen footballing mind make him a menace for defenders, but his finishing still demands improvement. Too often at the Confederations Cup he was found wanting with the goal at his mercy.

However, he has the potential to set the world alight next summer.

Christian Atsu
Atsu, like Matip, is another who has struggled to hold down an international spot in a particularly well-equipped position within his national side.

Having been a Ghana regular throughout the year, Atsu was only a substitute for the first play-off against Egypt and then, as the big names began to return to the fold, didn't even get off the bench for the second leg.

This may not be such a bad thing.
Many of the Black Stars' midfield options offer technical prowess, energy and composure, but few can match the direct impact and change of pace that Atsu brings to the team. Perhaps he can best serve the side as an impact substitute next summer – few sides will have better weapons on the bench!

Fabrice Olinga
As Samuel Eto'o slowly comes to the end of his international career, two young bucks are waiting in the wings to relieve his ageing legs. Fabrice Olinga and Jean Marie Dongou are both based in Spain and despite both being teenagers, the pair have already been called up to the national squad.

But it is Olinga, of La Liga side Malaga, who has made the biggest impact. He scored on his national team debut against Cape Verde during the Indomitable Lions' ill-fated Afcon qualification campaign, but has recently been forced to play out wide for his club side in the Spanish top-flight.

Perhaps, in the long run, this time will help Olinga become a more-versatile player and develop different aspects of his game. It won't be long before he is taking an offensive mantle on a regular basis for the national side.

Ogenyi Onazi
Onazi is one of the most popular figures in the current Nigeria set-up and is this author's personal favourite within the Super Eagles squad.

He is an energetic defensive midfielder who prefers to dispossess his opponents using crisp timing and measured interceptions rather than brute force and crunching tackles. Alongside his mature positioning and intelligent defensive play, John Obi Mikel has been allowed to flourish as an offensive force. The two will look to leave their mark on Brazil next summer.

For all his qualities, Onazi's play with the ball still needs some work. He has, at times, looked short of ideas when finding the ball at his feet, however, this is aspect of his game should improve with time – particularly as he continues to operate alongside Mikel.

Joel Matip
Joel Matip surely has the lot. He has the build and presence to be a defensive rock at the back, yet possesses the ball skills and, particularly, the passing ability to influence a team and inform a side's identity from a deep position. He is a stylish stopper and is already a regular at Bundesliga side Schalke.

However, as is the case for many young players, there are occasional lapses of concentration and, for the time being, his game is hampered by too many errors.

Naturally, in a team so well stocked by defensive talent, Matip has struggled to hold down a place within the Cameroon starting line-up. He started four consecutive matches earlier in the year, but was dropped for the second match against Tunisia, having started in Rades.

Richmond Boakye
He may have been out of favour for the Black Stars in recent fixtures, but Richmond Boakye remains a forward of enormous potential for Ghana.

Despite being a squad regular during the first half of 2013, the Juventus man barely received a chance to shine. He only appeared once at the Cup of Nations, having scored in a pre-tournament friendly against Egypt, but has barely been seen since.

A loan move to Elche has helped the frontman find some much-needed first team football and the West African has begun to forge a first team role for himself. He has scored twice in his last four games, all of which he started, compared with the preceding six substitute performances.

He should travel to Brazil, primarily because he provides Ghana with the presence and aerial threat that is perhaps lacking among their other forwards.

Serge Aurier
Anyone who has watched Serge Aurier's progress in Ligue 1 would not be surprised to learn that Arsene Wenger, no less, is interested in acquiring his signature.

The progressive right-back has become a complete player in Toulouse and has become the first of a new generation of Ivorian players to seal a regular starting berth in the Elephants' first XI. Aurier is the reason you haven't heard much about Emmanuel Eboue in a while!

Aurier truly has the lot – he is fast, strong, composed and has educated feet. He is versatile as well and could be one of the most-impressive full-backs on show in Brazil.