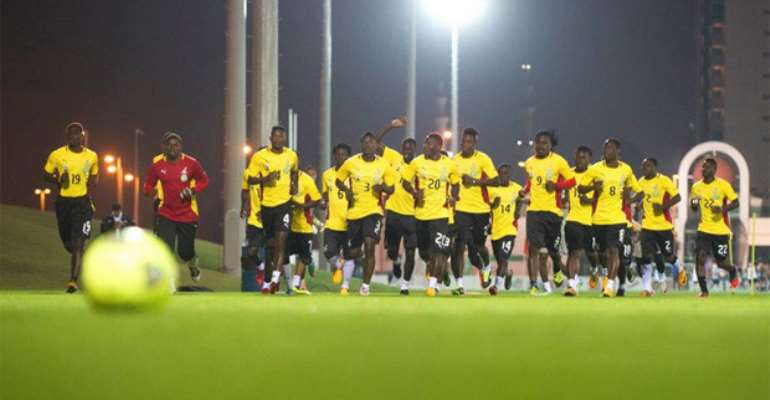 Once the World Cup draw revealed Ghana's group opponents, the Black Stars' preparatory opponents in the run-up to next year's finals will now be confirmed.

President of the Ghana Football Association Kwesi Nyantakyi says discussions will be going on to firm up matches with the Black Stars scheduled to begin camping for the World Cup finals on 25 May of next year.

“We will be discussing with a number of match organizers and agents; probable opponents we will be playing during the preparation period,” Kwesi Nyantakyi said.

The Black Stars begin the Group G campaign against USA on 16 June in Natal before meeting Germany five days later in Fortaleza.

Ghana will conclude the first round fixtures with a game against Portugal Brasilia on June 26.

According to Kwesi Nyantakyi, all relevant issues concerning the Black Stars will be before the team gathers one-week after all the major European leagues wind up to allow for preparations towards the start of the World Cup.

“We will also be looking at possible venues for our preparations; the incentive or package for the team; issues of psychology, physiotherapy, medical issues to make our team fully prepared for this World Cup competition.”