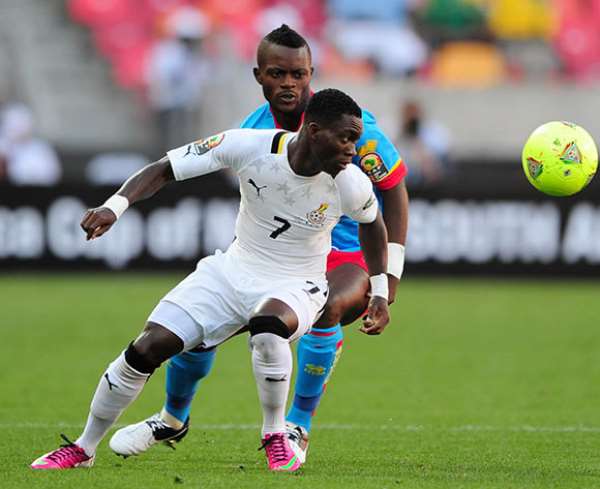 By Akyereko Frimpong Manson
Follow Akyereko on Twitter: @Akyereko
Ghana whizkid Christian Atsu has classified Ghana's group at the 2014 World Cup as the Group-of-death after Friday's draw in Costa Do Sauipe.

The West African giants landed in Group G along with the United States, Germany and giants Portugal.

Ghana will be meeting the United States for the third straight time at the competition while Germany who beat Ghana at the last edition in South Africa are regarded as title contenders.

And Atsu who has a considerable amount of knowledge about Portuguese football after playing the early stages of his professional career with FC Porto believes the calibre of teams in the group makes Ghana's group the Group-of-death.

“Germany, Portugal, Ghana and USA. Group of death,” he tweeted.

The Chelsea player played an influential role in Ghana's qualification to the 2014 World Cup.

Two persons accused of killing 11-year-old boy at Kasoa to b...
57 minutes ago

Akufo-Addo can’t even bath in the Presidential jet, it's not...
57 minutes ago