Ghana could face Brazil in opneing game at 2014 World Cup 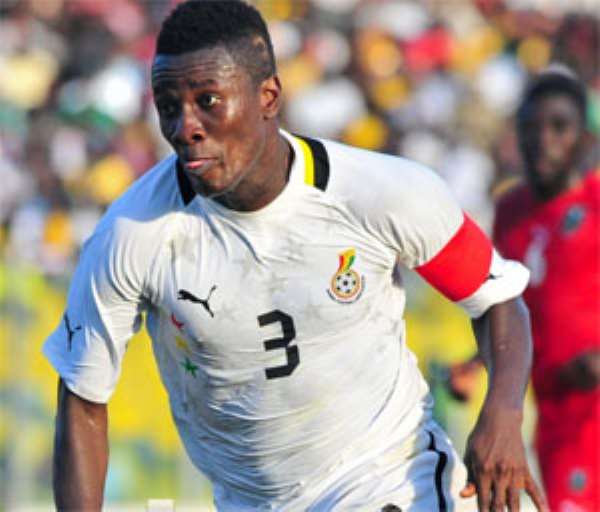 By Ameenu Shardow, follow on Twitter @alooameenu
Ghana could face hosts Brazil and sworn enemies Uruguay in the group stage of the 2014 World Cup haven been placed in Pot 3 for the tournament's draw on December 6.

The Black Stars will have the opportunity to avenge the painful penalty shootout defeat suffered against the Uruguayans in the quarter finals of the last World Cup in South Africa if this draw materializes.

This prospect will see the Ghanaian players and fans coming up against the avowed enemy – Luis Suarez – who deliberately cleared a goal-bound header with his hand to deny Ghana a historic semi final berth almost four years ago.

The Black Stars also face the prospect of facing hosts Brazil in the tournament's opening game on June 12.

FIFA will be conducting the 2014 World Cup draw on December 6 in Costa do Sauipe in the Brazilian state of Bahia where all 32 qualified teams will know their opponents and base.

Ghana has been placed in Pot 3 alongside Nigeria, Cote d'Ivoire , Cameroon, Algeria, Chile, Ecuador and France.

This means the Black Stars will be avoiding these teams – in Pot 3.

The four-time African champions making their third successive appearance at the grand event will draw one of either Spain, Germany, Argentina, Colombia, Belgium, Uruguay, Switzerland or Brazil who are housed in Pot 1 for the draw.

Ghana will also draw either one of Japan, Iran, South Korea, Australia, USA, Mexico, Costa Rica or Honduras who are in Pot 2.

There is even the possibility of Black Stars being drawn in the group of death with the prospect of drawing one of the Netherlands, Italy, England, Portugal, Greece, Bosnia Herzegovina, Croatia and Russia who are in Pot 4.

The only exception to the draw following the pot seeding is that not more than two European teams will be permitted in a group due to their huge numbers.

A joint delegation from the Ghana government and the GFA will be representing Ghana at the draw on December 6.

The delegation will use the opportunity to inspect facilities for the Black Stars team and supporters once Ghana's camping based throughout the tournament is determined after the draw.