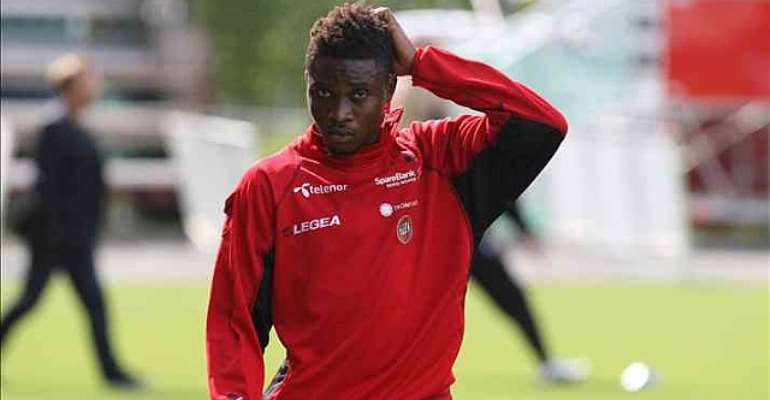 Relegated Norwegian top-flight side Tromso IL have parted ways with Ghanaian youngster Hamza Zakari as his loan spell comes to an end.

The 19-year-old joined the Eliteserien side from Belgian second division side AS Eupen but failed to make a first team appearance at the Alfheim Stadion.

Tromso have confirmed the Ghanaian will leave the club.

“We also quite agree with Hamza Zakari that he can take another place,” Tromso head coach Svein Johansen told Nordlys.

“Hamza came here to find a position in the club, and especially, now that we are relegated he understands it will be difficult for him to be in the Division 1.”

Johansen added: “We'll see how it will be in the future. I have not yet talked with him about it. Now it's probably not so appropriate for us to bring new players.”

With the Norwegian season over, Zakari would return to Eupen who are top of the Belgian second-tier league.