Ghana is becoming a top envy of world football- Boakye-Yiadom 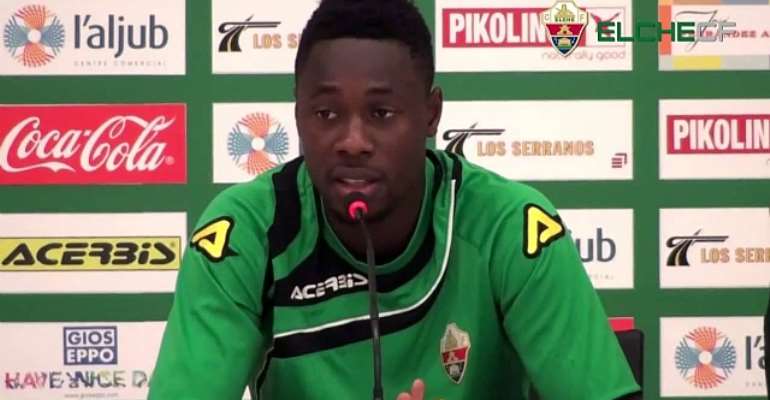 Ghana striker Richmond Boakye-Yiadom says the rest of world football is becoming extremely jealous of the genuine pedigree of the Black Stars.

The on-loan Elche player believes the Black Stars are capable of competing with the stellar nations in world football.

“The top teams are aware of our [the Black Stars] genuine pedigree and in an unprecedented manner we are believing in our own quality,” the 20-year-old told GHANASoccernet.com

“The likes of Germany, England, Brazil and Spain know Ghana is a big deal so jealousy is creeping in.

“I am 100% in belief that Ghana can win Brazil 2014 if the Black Stars avoid the host in the knock-out stages and the 'Group of Death' in the December 6 draw.”

Boakye has scored three goals in 11 appearances in the Spanish La Liga.