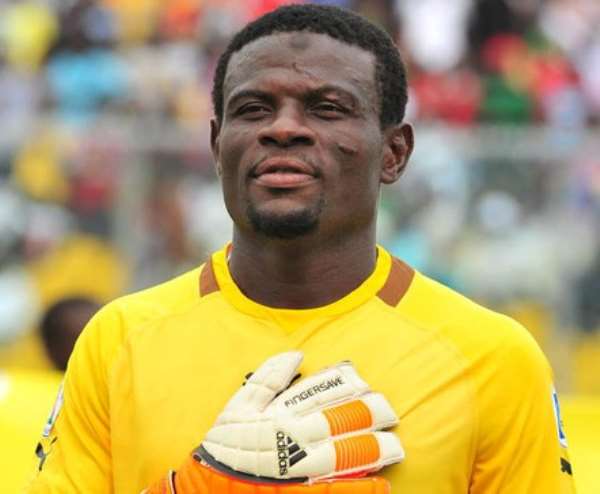 By Ameenu Shardow, follow on Twitter @alooameenu
Ghana goalkeeper Fatau Dauda will be seeking a loan move from Orlando Pirates in January in search of regular first team action.

The Black Stars' first choice is yet to make his debut for the South African giants since arriving from AshantiGold at the beginning of the season.

Dauda's relative club inactivity has been a source of worry for many Ghanaian football fans who believe it is having a negative effect on his performance with the national team.

The 28-year-old concedes he needs to play more at club level to sharpen his skill for the intense competition in the Ghana goalkeeping department – especially as the World Cup draws closer.

Dauda now says he will be requesting for a loan move elsewhere in the secondary transfer window if he cannot be assured regular playtime at Pirates.

“I am going to my club to work hard,” he said.
“I went to the coach the last time and I had a chat with him about playing time.

“He explained that because I wasn't registered for the Champions League he couldn't play me in that competition.

“Also in the PSL [South African league] 10 matches have been played but we have played just three games.

“So definitely my chance will come.
“Also maybe I can go on loan in January to get more playtime . We will discuss all these things with the club.”