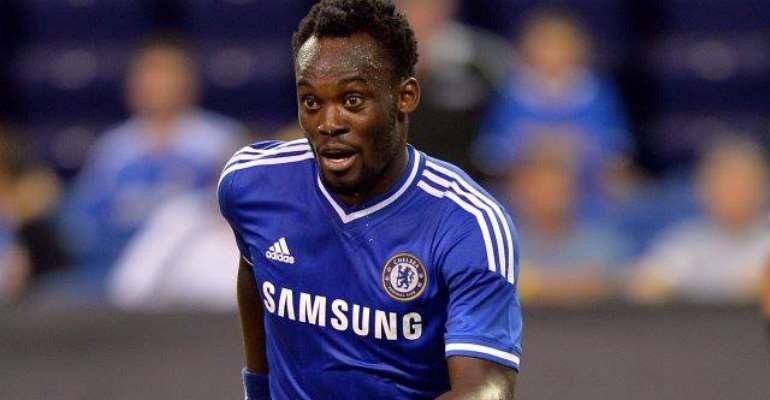 By Akyereko Frimpong Manson
Ghana star midfielder Michael Essien marked his season's debut for Chelsea in the English Premier League after coming off the bench to play in their convincing 3-0 win over West Ham United on Saturday evening.

The 30-year-old replaced Eden Hazard with five minutes left at the Upton Park as the Blues brushed aside the Hammers to highlight their superiority over them.

Chelsea scored first through Frank Lampard from the spot, before Brazilian midfielder Oscar added the second in the 34th minute.

Lampard added the third minutes from time with a neat finish.

Essien had not appeared in a single league game for Jose Mourinho's side though he had captained them twice to victory in the English League Cup.

But after impressing on international duty with Ghana and helping in their qualification to the 2014 World Cup in Brazil, Mourinho handed him his league debut.

Essien seems to have fallen out of favour at Chelsea since the start of the season but he looks set to win back his place in the team.