Derek Boateng drops down the pecking order at Fulham 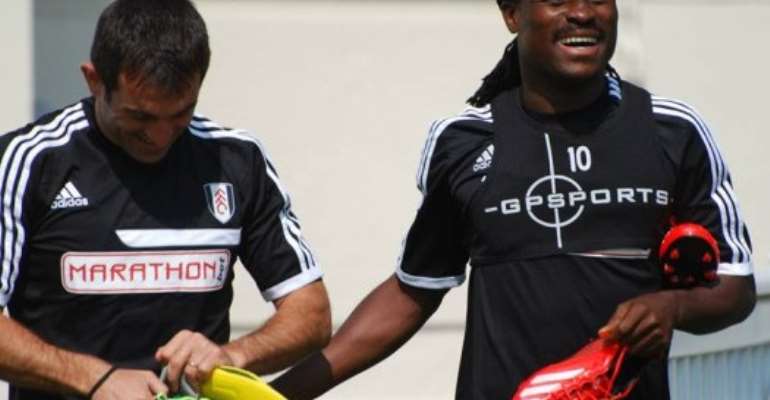 Former Ghana regular Derek Boateng has fallen down the pecking order at Fulham and played with the club's reserves side on Monday night.

The 30-year-old has started just a single game and made two substitute appearances for Martin Jol's side since joining them from FC Dnipro before the start of the season.

The former Liberty Professionals man has fallen to competition from English midfield pair of Steve Sidwell and Scott Parker who have enormous experience in the Premiership.

Boateng's lack of activity for the Cottagers has limited his chances of walking back into the Black Stars and dimmed his hopes of playing at the World Cup.

Martin Jol's patience seems to have run out for Boateng with his side's unimpressive performance in the league which has seen them dropped to the relegation zone.