Bafana vs Spain: President Jacob Zuma to be in the stadium on Tuesday 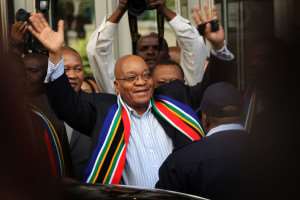 http://en.africatopsports.com/wp-content/uploads/2013/11/Bafana+Bafana+Parade+Sandton+2010+FIFA+World+7tJg9MEyCSdl1.jpg According to the official website of the South African Football Association, the President of the Republic of South Africa, Jacob Zuma will be in attendance at the international friendly match between South Africa and Spain at the FNB Stadium tonight (Tuesday, 19 November 2013).

Kick-off is at 21h00.
President Zuma will meet the two sets of players on the pitch shortly before kick-off.

There will be a short ceremony on the pitch to relive the memories of the South Africa 2010 FIFA World Cup with Spain captain Iker Casillas lifting the trophy they won here back in 2010.