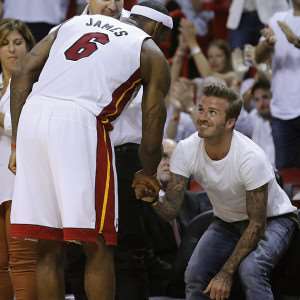 After having met with league leaders over his proposal last, David just found the encouragement of Lebron James , Miami's Basketball super star.

“There's some interest in both sides, “ James told ESPN.

“David has become a good friend of mine over the last few years and I think it would be great for this city to have a football club, for sure.

“The research is still being made out but I think it can be huge.

“I think this is a great town for soccer. There are a lot of soccer players here. There is a lot of great youth soccer here.”