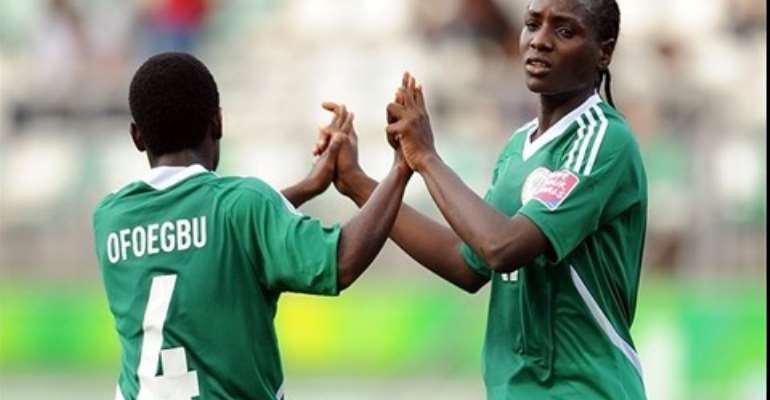 For a while they sparkled, but ultimately they spluttered. It was a weakened Nigeria that drew 2-2 with Italy's second-string outfit in London on Monday, but the match provided the latest demonstration as to exactly where the Super Eagles need to improve before heading to the World Cup next summer. Two days after becoming the first African nation to book their ticket for Brazil, Stephen Keshi's men were sent to the front line for their country once more at Fulham's Craven Cottage. And there were signs of the kind of flair and imagination which is often seen in the surprise package of any World Cup. With Victor Moses, John Obi Mikel and Bright Dike causing trouble to a rocky Italian back line, and Shola Ameobi turning in his best performance yet in a Nigeria shirt, the African champions looked more than promising when they had the ball. They dominated for lengthy periods of the first half, making Italy pay whenever they stood off and stretching the Azzurri defence at regular intervals. The reward came first when Toronto FC striker Dike headed home from Ameobi's ball in, then the Newcastle front man flicked home superbly after reacting quickest to Francis Benjamin's cross from the left. But that accounted for only a small portion of the game, and not only did Italy level matters but they hit the woodwork twice before time was up, too. Add in a number of key saves by Austin Ejide and Vincent Enyeama and there comes a better reflection of the flow of the game. When not in possession, the Super Eagles remain as mediocre as they looked during last summer's Confederations Cup, when they dominated a group fixture against Uruguay but still lost, and managed the somewhat inglorious feat of making Tahiti look dangerous at set plays. On Monday it was Azubuike Egwuekwe's inability to read Mario Balotelli's turn and the overzealous ball-watching of the back four which led to Nigeria conceding. For all their flair and apparent depth, they still lack the structure, defensive discipline and organisational qualities necessary to really be regarded as a contender for the latter stages of the World Cup. And as good as they look on the ball, they don't have the desired killer instinct in either the first or second string. When they have the better of a game, they still appear unable to step on the throats of their opponents and drive home the advantage. In short, they lack everything that is considered typical of an Italian side, however inaccurate that would appear watching the Azzurri on Monday. If Keshi is to get the very best out of his men, then their flair needs to be harnessed with the presence of a greater unit off the ball. Nigeria will definitely be a side to watch in Brazil next summer, but only from an entertainment perspective rather than as serious latter stage contenders, unless the Super Eagles can fix up the holes that have been evident for some time.