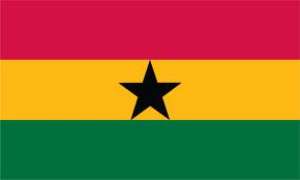 Ghanaian striker Robert Edametey is in South Africa as he hopes to secure a permanent deal, soccerladuma has reported.

The 21-year-old forward, who can also play as a winger, has experience of playing in Ivory Coast, Benin as well as the country of his birth.

He even spent time playing in the CAF Champions League during his time with ASPAC in Benin.

The striker is now looking to make a move to South Africa as he attempts to make his mark in Mzansi football before hopefully going on to secure a way to Europe.

Edametey has represented Ghana at U20 level and is on the lookout for a South African club, either in the PSL or the NFD, that will give him a chance to shine in Mzansi and showcase his talents.

The former Standard Abidjan and Samartex man is currently in the country and is keeping his eyes out for an opportunity to make his mark.