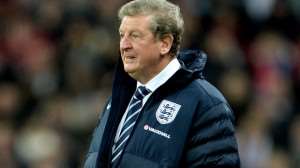 http://en.africatopsports.com/wp-content/uploads/2013/11/roy-hodgson-chile.jpg England's Coach Roy Hodgson urges his troop to stand up tall and prove quality against Germany in their international friendly at Wembley on Tuesday ahead of World Cup Brazil 2014 qualifiers.

Having been earlier inflicted a 2-0 defeat by Chile in a friendly, Hodgson is seeking a recovery against Joachim Low 's side which is expected to perform on Tuesday without key players such as goalkeeper Manuel Neuer , captain Philipp Lahm and Arsenal midfielder Mesut Ozil .

“Germany will ask massive questions of us,” said Hodgson.

“I am pretty sure that all of the XI who go out on Tuesday night will be anxious that they put any comparisons (with Germany) to bed. They will show they are every bit as good and that is what I believe they will be.”

Roy Hodgson released a few weeks ago being likely to give a chance to goalkeeper Joe Hart though he lost his place at Manchester City following a number of crucial mistakes. http://en.africatopsports.com/2013/11/07/england-roy-hodgson-joe-is-still-our-no1-goalkeeper/