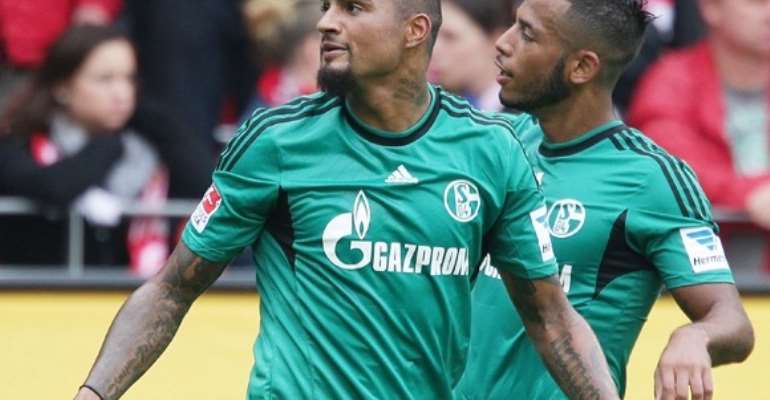 Kevin-Prince Boateng had his head turned by the bright lights of London on his first experience in the British capital and hopes Schalke is not caught sight-seeing at Stamford Bridge on Wednesday evening.

Chelsea overtook Schalke at the top of UEFA Champions League Group E by winning 3-0 in Gelsenkirchen two weeks' ago, hitting the German side on the counter attack.

“We're not here just to sight-see,” Boateng said.
“We'll do our best and we'll have to see how it goes.

The Berlin-born Ghana international likes the anonymity available in London for stars of the Premier League.

“It's so multi-cultured,” Boateng said. “You can just enjoy the life here.

“Even a good friend of mine, Didier Drogba, if he walks in the street, it's not like people say 'oh my god, there's Drogba'.

“People recognise you, they know who you are, but they leave you in peace.

“It's relaxing to be here, you have good food, good nightlife, like everything is very good here.”

Two weeks ago at the Veltins Arena, Boateng was a pale imitation of former Chelsea man Drogba when deployed as a 'false nine', a deep-lying striker.

He hopes to be in his more customary midfield role at Stamford Bridge.

“It's not my favourite position and I haven't played a lot of games in that position,” Boateng said.

“Hopefully tomorrow he (coach Jens Keller) is going to put me in another position.”

Schalke has won once in England in European competition in six attempts, beating Arsenal in October 2012 at the Emirates Stadium.

Like Boateng, Keller is eager for his side to make an impression in London.

“We haven't won yet against the big boys and we know we've got a really big game ahead of us here,” Keller added.

“We're not here just to be visitors. We want to take something from the game.”

When Boateng left Milan last northern summer he was linked with a return to England, but he chose Schalke in part due to its potential.