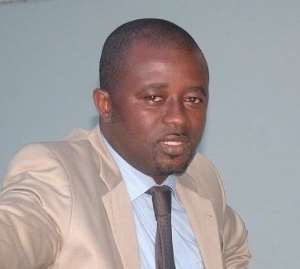 The ex Beyern Leverkusen coach according to reports is already in Accra to hold advanced talks with unnamed officials to become the new technical director of the Ghana FA.

Topmoller is allegedly being brought in as a supporting staff for coach Akwasi Appiah ahead of Ghana's anticipated World Cup qualification.

The Ghana FA have however been resolute in their denial of any such job offer to the German trainer.

Reports however surfaced that Ghanaian football agent Okraku who also serves as a member of the Ghana FA Cup Committee is Topmoller's representative in Ghana.

Okraku was said to have picked up his client at the airport in Accra and checked into the Holiday Inn Hotel ahead of the alleged official talks.

But the ardent Hearts of Oak fan has dismissed these reports – describing them simply as 'rubbish'.

“This is a rubbish story not even worth my time,” he told Metro FM.

“I don't know this man [Topmoller]. I can be quoted anywhere that I say whoever is making this report doesn't know what he is talking about.”

The Ghana FA is incensed by the persistent reports of the appointment of Topmoller especially with the Black Stars on the brink of World Cup qualification under the guidance of coach Kwesi Appiah.