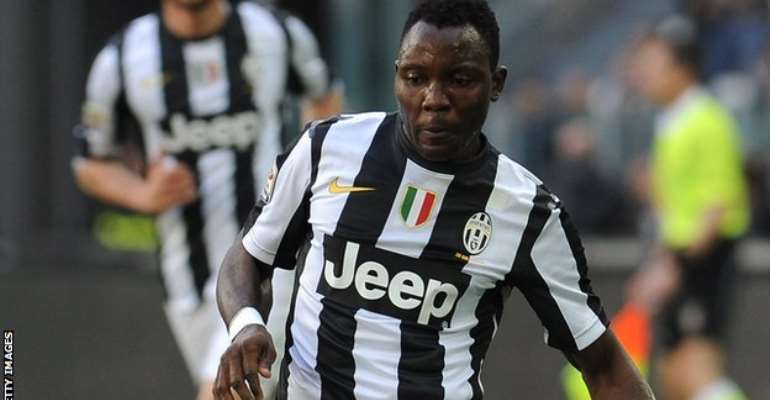 Kwadwo Asamoah in action for Juventus

Ghana midfielder Kwadwo Asamoah was in full time action for Juventus when Real Madrid held them to a 2-2 draw at the Juventus Arena in the Uefa Champions League on Tuesday night.

Asamoah overly impressed in midfield for the Old Ladies as he occasionally surged forward to join the attack.

Juve scored first through Arturo Vidal from the spot but Cristiano Ronaldo pecked the scoring before Gareth Bale netted to Madrid in front.

But Fernando Lorente restored parity for Juve to snatch a point for the host.

Juve are still bottom of Group B with three points from four games and risk missing out on qualification for the knock-out stages.