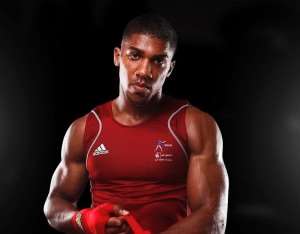 The 29-year-old Darch has won seven of his nine professional fights, but only one of his wins came inside the distance and he suffered a points defeat to Tyson Fury's younger brother Hughie in his last outing.

However, Joshua's clash with Darch is dependent on him coming through his third professional bout in Bethnal Green on November 14 against an opponent yet to be named.