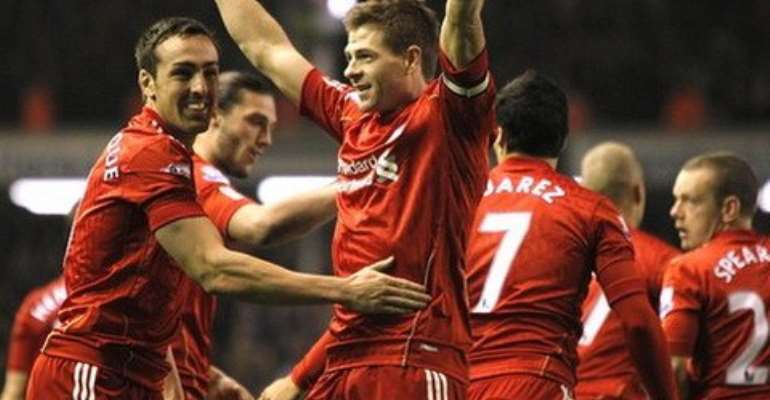 The Reds captain admits he has thought about pursuing a managerial career when he hangs up his boots, and would seriously consider the chance to take the reins at Anfield.

Steven Gerrard admits he would consider managing Liverpool in the future if he felt he was up to the task.

The inspirational midfielder holds legendary status at Anfield, having spent his entire career with his boyhood club.

Gerrard is open to the possibility of moving into management when he calls time on his career and said he would welcome the chance to take charge at Anfield if he believed he could do the job justice.

He told the club's official website: 'I'd consider management maybe if I was good enough.

'But just because you've been a decent player and had a successful career at Liverpool, it doesn't mean you're going to turn out to be a top manager.

'But if I was good enough and I ever got the shout to be the Liverpool manager in 10 or 20 years, of course I'd consider it very seriously.' The England captain has no intention of hanging his boots up just yet as he attempts to get his hands on the Premier League trophy for the first time this season.

The 33-year-old is also set to skipper his country in what will almost certainly be his last World Cup in Brazil next year.