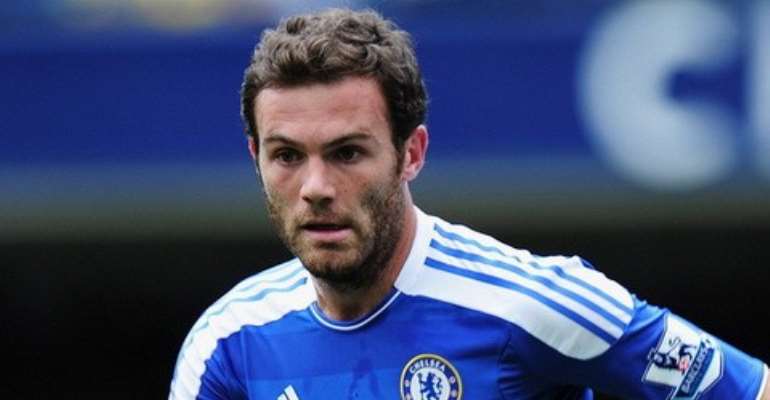 Chelsea star Juan Mata is ready to leave the club in January as big-spending French side Paris Saint-Germain prepare a bid worth €41 million for the playmaker.

The Spanish star started and scored in Tuesday’s Capital One Cup win against Arsenal but is unhappy under Jose Mourinho having again been left out of the starting line-up for key matches including last Sunday’s home win over Manchester City.

Mata is fearful for his place in the Spain squad for next summer’s World Cup in Brazil - and he is ready to quit Stamford Bridge in the winter as he goes in search of regular first-team football.

Chelsea are willing to listen to offers for the 25-year-old but will refuse to sell him to a Premier League rival, ruling out a transfer to Manchester United or Tottenham, who both tried to sign the former Valencia man over the summer.

Mata is happy in London and has publicly vowed to fight for his place and declared himself 'happy' at Stamford Bridge. Behind the scenes, however, he is strongly considering his future, especially with no sign of a new deal to improve on his €82,000-a-week contract which runs until 2016.

“I am happy at Chelsea. I have always felt the support of the fans - in every game, on the street - I have felt the love from them. I try to play for them, score for them and make them happy. We have great support,' he told Talksport on Wednesday.

“I want to play as much as I can, but if you want to win titles you need 24-25 players ready to play. Anyone can play any game.'

Mata’s father, who also acts as the player’s agent, is understood to have made discrete enquiries to sound out potential interest in his son.

PSG are the leading contenders at this stage, with sources confirming to Goal that the Ligue 1 club tried to sign Mata in the summer and are preparing to return with a bumper bid in the new year.

Barcelona and Real Madrid have both ruled out bids for the midfielder, while Valencia’s precarious financial situation means they are unable to fund a move to re-sign their former star.

Mata has failed to establish himself in Mourinho’s plans this season, often settling for a place on the substitutes’ bench, especially in big games against Manchester United, Spurs and City.

Mourinho has cited Mata’s lack of defensive work as the main reason behind the Spain international’s frequent omission, with Oscar preferred in the No.10 role at Stamford Bridge.

Mata has been Chelsea’s player of the year in the last two seasons, and last term scored 12 goals and provided 12 assists in the Premier League alone.