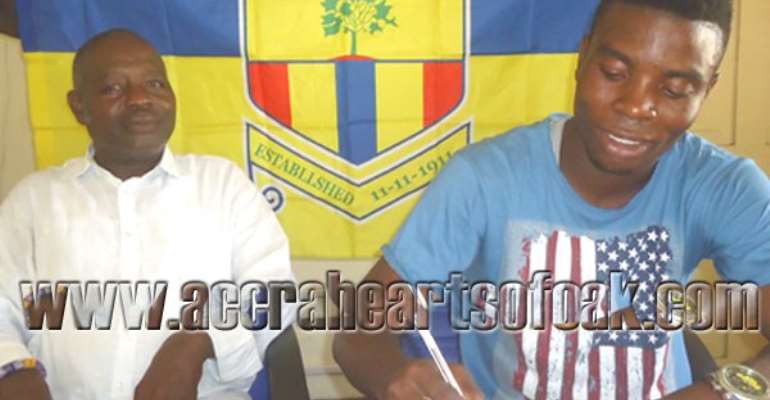 Hearts of Oak midfielder Ollenu Ashitey has signed a two-year contract extension, the club have confirmed.

A club statement on Thursday read: “Our player, Ashitey Ollenu, yesterday extended his contract with the club by two years.

The winger has made five appearances for the Phobians this term mostly as a substitute.

Ashitey's only start for the season was in the 2-0 home win over Liberty Professionals last Wednesday.

He scored two goals and made seven assists last season as Hearts recovered from a poor start to finish fifth.