Adebayor to leave Tottenham in January? 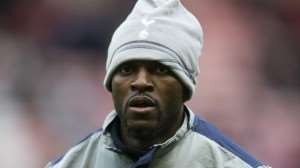 Africa Top Sports told you in mid-September that the 2008 African Best Player is relegated to the Tottenham's reserve team and returned two weeks later to the first team http://en.africatopsports.com/2013/09/12/tottenham-emmanuel-adebayor-in-the-reserve-team/ . http://en.africatopsports.com/2013/09/30/tottenham-adebayor-back-in-training-with-the-first-team/

But the Togolese captain refused moves to Besiktas, Schalke and QPR in the summer to stay at Spurs, where his £170,000-a-week wages are paid jointly by the north Londoners and his former club Manchester City.

Besiktas will again try to lure Emmanuel Adebayor away from Tottenham in January according vice president Ahmet Nur Cebi of the the Turkish club.

“We were interested in Adebayor in August. The club will target Adebayor again in January, but it's difficult to sign such marketable players, “ Cebi said.