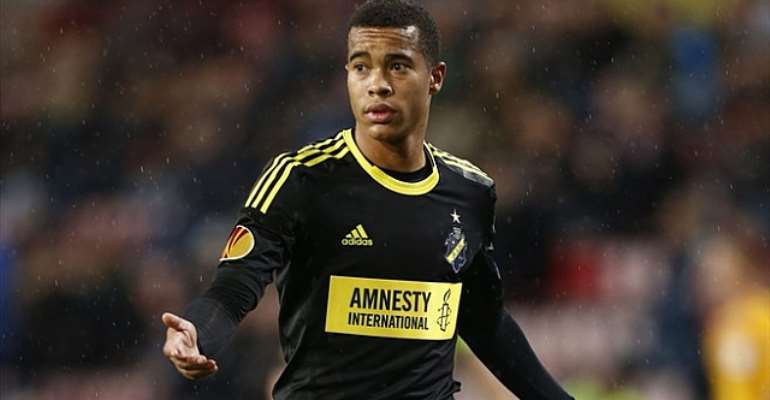 Swedish-born Ghanaian attacker Robin Quaison grabbed his fourth goal of the season after scoring for AIK Solna in their 6-0 demolition of IF Brommapojkarna to enhance their chances of Europa qualification.

The 20-year-old iced the cake for his side after coming off the bench in the 58th minute to replace Henok Goitom, scoring the sixth with an intelligent finish.

AIK are in strong contention with Helsingborg and Malmo FF to finish in a Europa League spot after the win.

Compatriots Moro Ibrahim and Ebenezer Ofori both played in the game for Solna as the former was replaced by the latter after 66 minutes.