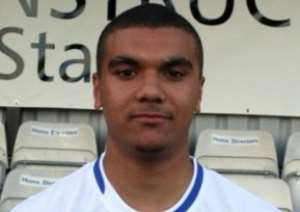 Kwesi Appiah came off the bench to bag both goals as Cambridge United clinched their eighth successive home win with a 2-0 victory over Salisbury on Saturday.

The result meant United stayed six points clear at the top of the Skrill Premier and extended their club record unbeaten start to 16 matches.

But chances were few and far between in the first half with the visitors coming closest to scoring with former United player Brian Dutton heading wide from Ben Wright's free kick.

United were dealt a blow just before the break though, when Tom Elliott went off after pulling up with Appiah coming on in his place.

It may have been an enforced change, but Appiah made the most of his opportunity by giving the hosts the edge four minutes into the second half.

He pounced on a loose ball in the area after Salisbury keeper Will Puddy was involved in a mix-up with James Clarke trying to cut out Adam Cunnington's pass to have the simplest of finishes.

But Appiah showed great composure for his second on 56 minutes, slotting home from 10 yards after being played in by Nathan Arnold following a breakaway.