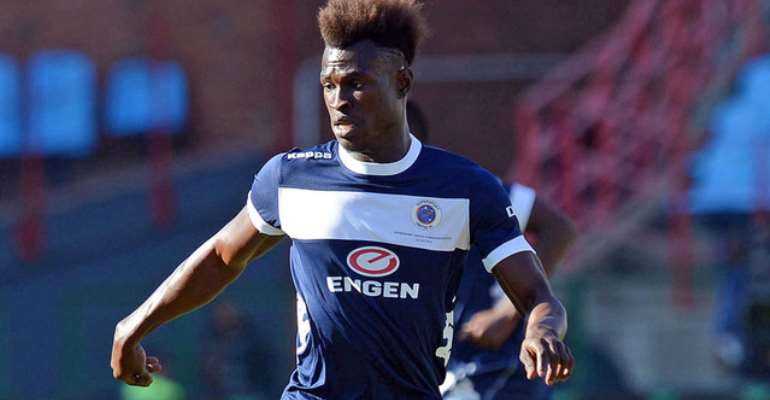 Edwin Gyimah says he is learning a lot from his seniors

The SuperSport United versatile player was called up as a late replacement for John Boye during the Black Stars World Cup first leg play-off against Egypt in Kumasi last week.

The 22-year-old is counting on the positives picked from training with super stars like Essien, Muntari and the Ayew brothers.

“Muntari, the Ayew brothers, Essien, for me are some of the best players in the world.  They have football brains and have made known their quality on the biggest stage,” Gyimah said

“For me I can only see one way to go, and that's for me to improve and become a better player.”

Gyimah has been outstanding for the Swanky Boys since he joined them two seasons ago.