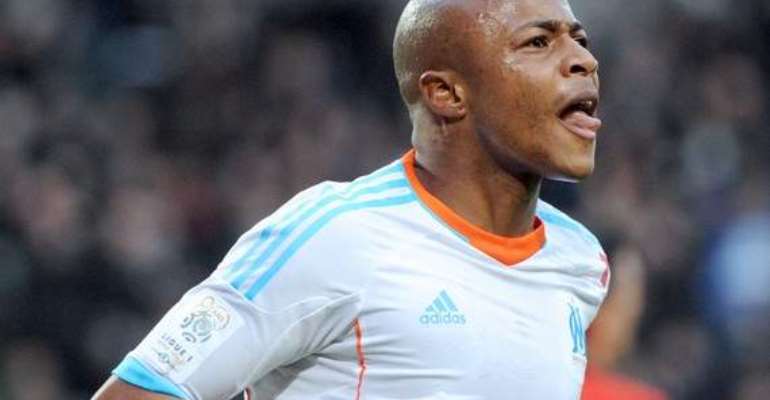 By Akyereko Frimpong Manson
Ghana winger Andre Ayew scored a cracking 20 yarder for Olympique Marseille in their 2-1 home reverse to Napoli in the Uefa Champions League on Tuesday night.

With Marseille's qualification graduation slipping away, attacker Jordan Ayew climbed off the substitute bench to set up his elder brother Andre  who crashed a half-volley beyond Pepe Reina from 20 metres to give Les Olympians hope.

But Elie Baup's men failed to recover from a Jose Callejon and Duván Zapata strikes in either halves for the Italians.

Marseille's poor run in both domestic and European competitions continued as they suffered yet another defeat after losing to OG Nice in the Ligue 1.

However, the Ghana pair gave a good account of themselves with Jordan starting from the bench while Andre caused problems for the visitors, trying to make an impact for the hosts.

The strike marks his fourth of the season in all competitions.