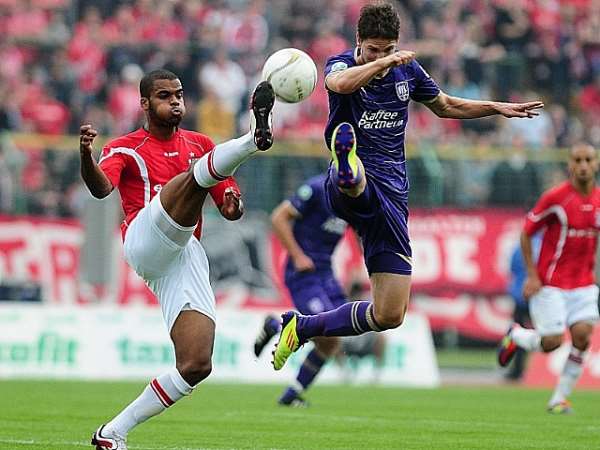 Ghanaian defender Phil-Ofosu Ayeh played full throttle for MSV Duisburg in their 3-3 draw at home to Saarbrucken in the German lower division on Saturday.

Kingsley Onugebu scored the opening two goals in the 8 th and 39 th minutes respectively before Marcel Ziemer and Raphael Korte pulled level for the visitors.

Duisburg put their noses in front again with the third goal through Kevin Wolze in the 65 th minute but that lasted for only four minutes as Philip Hoffmann equalized to settle the tie.

The 22-year-old right back was influential at the back with his trademark surging runs.

It is believed that Germany's national team coach Joachim Lowe who is famed for blooding young players is keeping close tabs on the player who technically, can play for either Ghana or Germany.

When he was 18, Ayeh was called by Ghana's Junior national team coach but missed the boat due to the late approval by his club who were reluctant to release him thus delaying processing of his documents for Ghana.

The right full back has gone through the German system and with his “power, skill and pace.