France : Will Joakim Noah wear the jersey of the Blues? 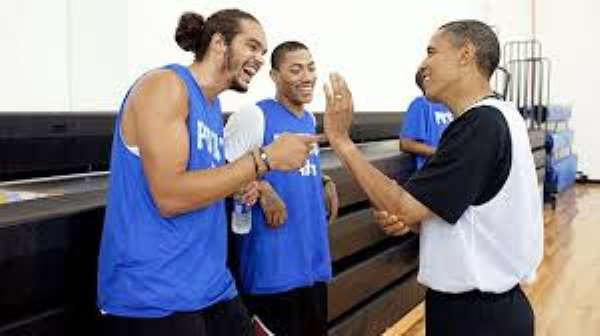 Absent from the 2013 Eurobasket due to injury, Jaokim Noah vice- champion of Europe in 2011 with the Blues and the pivot of the Chicago Bulls said he was ” proud “ of the course directed by Tony Parker, Nicolas Batum and others who did “a great thing “ during the Slovenian Euro .

The interior of 28 years who is recovering from his injury adds not regretting his absence from the European champions group. In the interview published by L'Equipe this Monday, he says not being sure about his presence under the orders of Vincent Collet next summer “We'll see . I do not know, “ he says .

Why this doubt ? “Because I 'm not sure of anything, he says. I want to focus on this season and I did not want to talk about what could happen in a year or two. I suffered from a lot of injuries and now I need to think about my body. “