Who Will Make It Out Of Africa For The 2014 World Cup? 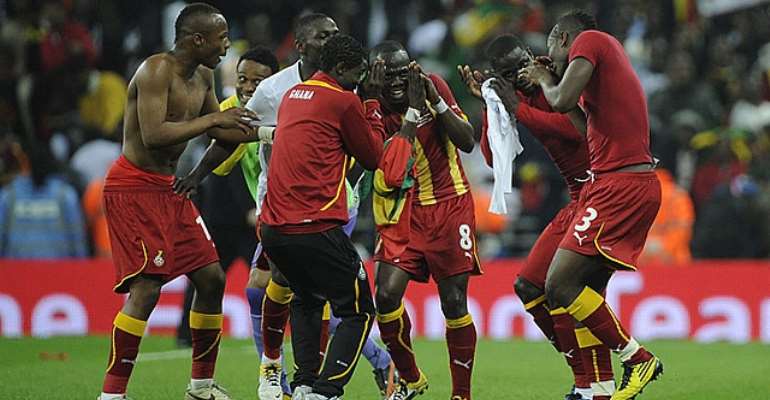 As the 2014 World Cup qualification intensifies around the world, the playoffs for the five African spots are upon us.

The first legs will be played between October 11-15 and the second leg a month later. The draw details and analysis of the possible outcomes are below.

Who do you think will qualify?
Ivory Coast v Senegal
There have been 16 matches between these two countries in all competition and Ivory Coast have won 10, while Senegal have won four and two games have ended in draws. Senegal's four wins, however, have come via friendly matches.

On paper, Ivory Coast are favourites and with the current crop of Ivory Coast players should provide enough ammunition to blast pass Senegal.

Ethiopia v Nigeria
Ethiopia have played Nigeria seven times in all competition, out of which Nigeria have won five, drawn once and lost once to Ethiopia, two decades ago.

Nigeria have always dominated their opponents and are the current African champions, with their current crop of players budding well in Europe.

The last time Ethiopia met with Nigeria, they lost two-nil in the group match in the 2013 African Cup of Nations. It would be hard to look past Nigeria in this fixture.

Tunisia v Cameroon
These teams have played 14 times in all competition, out of which Cameroon have won eight times and Tunisia twice with four draws.

In the recent qualifiers, Tunisia have not looked very impressive and if Cameroon can settle their internal woes then they should be able to overcome Tunisia.

Ghana v Egypt
The 18 matches between these sides have resulted in eight wins for Egypt, five wins for Ghana and five draws.

It should be noted that three of Egypt's eight wins have come from friendlies.

It's quite close between these two. Egypt are wrapped with a rich history of football passion and success in the African Cup of Nations, while Ghana have been the most consistent African team in recent times.

Still, it's going to be very difficult for Ghana in Egypt.

Burkina Faso v Algeria
Algeria have won eight times while Burkina have won four,  five draws rounding out the results of their 17 meetings through the years.

On paper Algeria appear dominant, sitting in third in FIFA's African rankings. But Burkina Faso were runners-up in the 2013 African Cup of Nations. Its going to be close.

I am sure that by the end of the first leg much of the dust would have settled, helping us to separate the contenders from the pretenders.