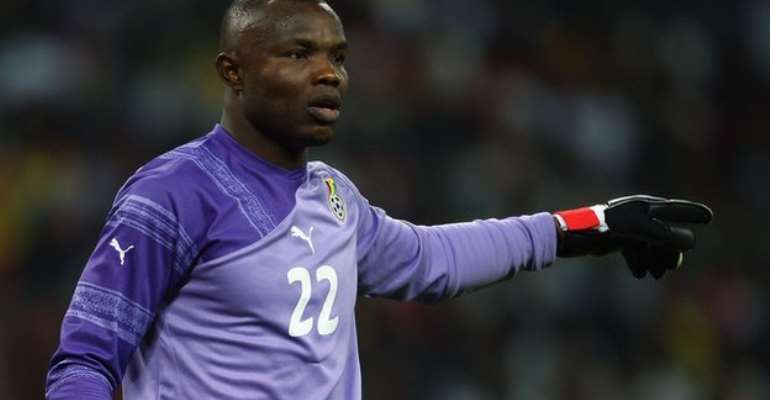 Richard Kingson picked up an injury on Monday night during a league match.

Ghana have been handed another injury blow after experienced goalkeeper Richard Kingson picked up an injury on Monday night in a Cypriot League match ahead of their World Cup playoff first leg against Egypt.

The 35-year-old was keeping a clean sheet for his side Doxa against Europa League campaigners Apollon at home.

Kingson had to be substituted in the 58th minute and was replaced by Michalis Morphis.

Doxa felt his absence and conceded two goals in the 73rd and 82nd minutes as they lost 2-0 at the Makareio Stadio.

Kingson had been a consistent performer for his new club since joining them this summer on a free.

He will undergo tests on Tuesday to determine the extent of the injury and how long he will be out of action.

Kingson was expected to return to the Ghana team next week for the first time in two years when  remained unattached.

Head coach Kwesi Appiah must now turn his plan B if the former Blackpool goalkeeper is confirmed unfit to face the Pharaohs.

Government extends electricity to seven communities in Savan...
18 minutes ago