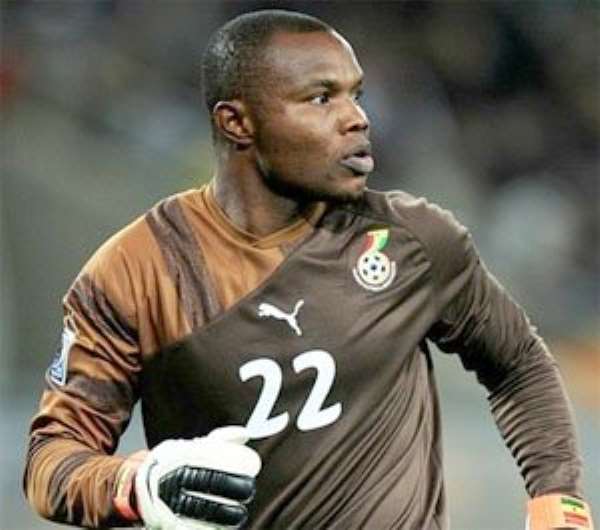 CAF in a communiquÃ© copied to GNA Sports labeled the reports as false and lacking credibility, insisting Kingson's date of birth per their records is 13 June 1978.

It said: 'CAF categorically dismisses report claiming its records on Ghana goalkeeper Richard Kingson has varied ages. Indeed, there have been no such correspondence from CAF in that regard and any such report lack credibility and is totally false.

'Our record indicates that the date of birth of Richard Kingson is 13 June 1978 and that reflects in all our official documents,' it said.

Kingson's return to the team after two years has generated several media and public interest with suggestions the goalkeeper has past his prime and will be incapable of aiding the Black Stars campaign for a place in the Brazil 2014 World Cup.

The goalkeeper could make a third successive appearance at the World Cup if Ghana overcome Egypt over two legs in the play-offs fixed for October 15 and November 19 in Kumasi and Cairo respectively after keeping the post in Germany 2006 and South Africa 2010.

Kingston is among the 25 players coach Kwesi Appiah has invited for the first leg on Tuesday October 15 in Kumasi.