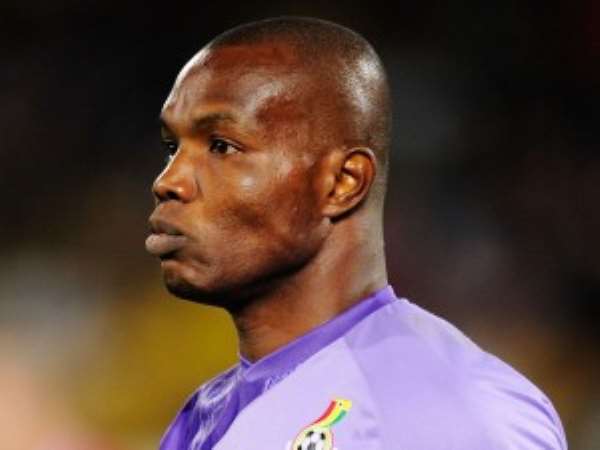 Confederation of African Football (CAF) has slammed media reports that Ghana goalkeeper Richard Kingson is an age cheat insisting the continent's governing body does not have varied ages for the shot-stopper.

The Cyprus-based shot stopper has been subjected to unsavory age-cheating attacks since he was recalled to the Black Stars after a two-year absence.

Some reports even claimed that CAF has three different ages for the goalkeeper but the continent's governing body has rubbished that report insisting that it just has one record for the legendary Ghanaian goalkeeper.

“Indeed, there has been no such correspondence from CAF in that regard, and any such report lacks credibility and is totally false.

“Our record indicates that the date of birth of Richard Kingson is  13 June 1978,  and that reflects in all our  official documents .”

Kingson recently ended his clubless life by joining Cypriot side Doxa Katokopias where he is the first-choice goalkeeper.

The inclusion of the 35-year-old experienced goalkeeper by Coach Akwasi Appiah in the 25-man squad, has received harsh criticism from a section of Ghanaians, including the former GFA Boss Nyaho Tamakloe who believes Richard Kingson should not be in the team.

Rasta ruling: Achimota School Board should’ve been dissolved...
2 hours ago