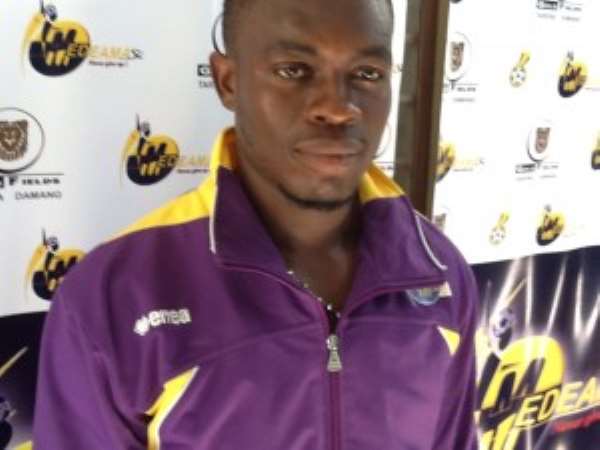 Halm has not turned up for training over the last two months with his whereabouts unknown to the club.

The shot-stopper requested for time to attend to prepare for his marriage but has failed to pitch camp, eight weeks after tying the knot with his girlfriend.

Medeama have reacted angrily to the breach of club discipline by suspending him indefinitely with Chief Executive James Essilfie revealing they are ready to play hard-ball.

“Halm requested for few days to prepare for his marriage ceremony but he has since not reported to camp. He has therefore been suspended indefinitely at the present time,” Essilfie told GHANAsoccernet.com

“I am disappointed because he has a contract with the club and must respect that. He came for money for his wedding and then just vanished into thin air.

“The suspension is just a short term thing at the moment, and that could change over the coming weeks, but at the moment that is the situation.”

The Hearts of Oak target was the club's number one goalkeeper but the signing of Foli Adade is what might have triggered his decision to stay away from the club, fearing he could lose his position in the team.

The Tarkwa-based side wants to draw a line under the matter, as they prepare to host Ashantigold this weekend in the Ghana Premier League.

They recorded their first win of the season after a hard-fought 2-1 win at Liberty Professionals.