Victor Agali: “Coaches and players need the support of all Nigerians” 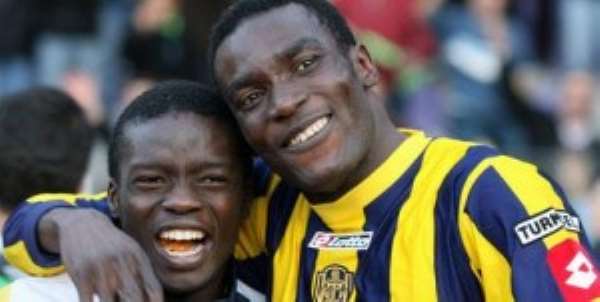 http://en.africatopsports.com/wp-content/uploads/2013/10/9936_Agali001.jpg The former Nigerian striker, Victor Agali is the latest to prove his patriotism ahead of the upcoming World Cup Brazil 2014 Playoffs' first leg game pitting the Super Eagles to The Waliya Antelopes of Ethiopia to be held next October 13 in Addis Abbaba.

The highly optimistic man, after reassuring his compatriots that Ethiopia cannot stand in front of  Eagles, current African champions, he called all Nigerians in support to coaches and players in order to secure their 5th World Cup qualification.

Through  the Micro of The Punch , Agali said: '(…). But they are no match for the Eagles; we are the current African champions and invariably the best team in Africa. Besides, we have an intimidating record against them.When we played them at the Africa Cup of Nations, we beat them 2-0. Though it was a difficult game, but it will give our players a psychological edge,'.

'The coaches and the players need the support of all Nigerians in this crucial period. We must back the team to ensure that we qualify for our fifth World Cup,' he concluded.